Proposed Changes towards Democracy in Governance Systems of India 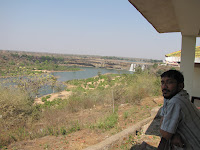 (It was called as Indian Civil Services, ICS, and after Independence it was changed to Indian Administration Services, IAS. The term “Civil” is a democratic word and was used by the British Empire in pre-Independent-India. The term “Administration” is an undemocratic word and is used by the Indian Governments in independent India. The British Empire ruled India, but used a democratic word for a undemocratic ruling. But in Independent and democratic India, the people do not enjoy a democratic ruling because they are being ruled with similar characteristics, rules and attitudes of undemocratic rulings as during the British Empire. And the situations are worse today, because in Independent India the people have lost a democratic word for public services. In a valued democracy, governments and their structures are for public facilitations, not to rule on them.)
(It is contradictory that people take oath as public servants, but they behave as masters of the people of India and are called Officers and Lords. For example, in some states, District Collectors are being termed as JILADHISH, which means owner of district. It is undemocratic and violation of fundamental values of a Democratic Constitution.)
(In a democracy, Government means representatives of the people. Because large numbers of people cannot sit to make decisions for each thing and for routine things, thus systems of representations were evolved in history of human society leading to democratic systems. Representations does not mean ownership or mastership. Representatives make policies for the betterment of people and people provide them assets and money collectively (known as taxes). Government employees can never be masters or owners or superior to the people in a democracy, because they are employed by the people, to serve the people. Thus if there should be rights for calling back public representatives, there must be rights for monitoring/suspending/ dismissing/others on government employees. In India, there are too many black-holes in execution and policy making systems that violate Democratic Values, for example Government officers behave superior to the Public & Public Representatives.)
(If governments have not capacities/abilities to arrange direct & open systems for verifications then they should not have rights of formations, executions and implementations of policies. India is a country of social and geometric diversities and cannot be understood by reading a few lines of text books to qualify in the examinations to become Administrator and Policy Maker of the public of India. Governments represent common people, thus they cannot act as rulers and masters of the People of India. Because governments make policies and work for the welfare of the People of India, the People of India should have the final rights of verifications of policies. It is commonly said that common people do not know how to improve their welfare and are incapable of understanding. Parliament and Assemblies are the highest authorities for policy makings and representatives are elected by the common people. But if common people can decide their representatives, then they should also have rights of verifications of the works of their representatives. People should have fundamental rights to verify policies, decisions and rules which are being made for them and on behalf of them.)
(In many decades after Independence, it has been understood that there are big black-holes in the governance systems of India. Things are becoming worse and moving towards greater unaccountability. Policies should be verified by the people of India. An open and easy verification structure/system should be formed to get active participations of the people of India to empower Democracy and to stop violations of the fundamental values of Democracy.)
------------
First Draft was written in 2006
at 12:24:00 PM