Tanaya Thakur : a teenage girl of 17 years but walks on the legendary path 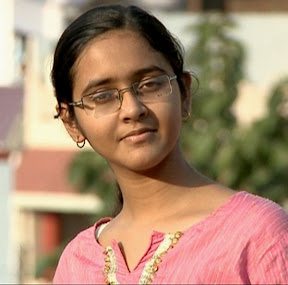 Tanaya Thakur is a 17 years old girl and a first-year law student at Chanakya National Law University, Patna. A young and dynamic lady, Tanaya considers herself to be a committed social activist who is ready to fight for justice and equally ready to oppose oppression and injustice. Thinking that her legal studies would be helpful in this purpose she is certain that she would act to liberate the world out of its present day condition and would not only help in establishing the rule of law but will also be a warrior where the law needs to be amended. Always dressed with a smile on her face, Tanaya can turn ferocious when she finds that injustice is being done. Her life seems to be a struggle in the present for a better future.

Tanaya thinks of herself as a social activist and RTI activist. She is a staunch believer that the functioning of democracy shall be transparent as democracy is a political system of the people, by the people and for the people. Thus being an advocate in transparency she is also a member of the National RTI Forum, an organization working in the field of governance and transparency throughout India. Tanaya has herself filed many RTIs regarding various causes in numerous departments. One such issue is regarding the cremation sites of Mahatma Gandhi, Jawaharlal Nehru and Indira Gandhi. She along with her brother Aditya asked the Ministry of Home Affairs about the legal validity of the cremation sites of these leaders. While she personally has got deep respect for these leaders who have played a really crucial role in shaping India’s destiny, the crux behind the whole issue is that while a large percentage of the nation’s population is poor, how can we allow such extravagancies to be done?

Along with social activism, Tanaya is also interested in writing. She writes poems, short stories and articles in both English and Hindi. She is also a voracious reader and loves to read books, both fiction and non-fiction. Tanaya’s favourite subject is English literature. She has also developed a keen interest in law, being a student in that subject. She also has interest in Political science and sociology. Tanaya thinks that one should never find herself being bound in a certain syllabus and thinks that reading books out of the prescribed course are cardinal to the complete development of the individual.

Tanaya has been working on a collection of short stories lately. She also considers writing to be both a hobby and career for her along with law. She also has her own blog that is thakurtanaya.blogspot.com.

Furthermore Tanaya has got interest in films and journalism. She is not only a self-described movie buff but also expresses interest in the history of cinema and film criticism.

Tanaya Thakur is the daughter of Mr. Amitabh Thakur and Dr. Nutan Thakur. Her father is an IPS officer who is also involved with social issues while her mother is a full time social activist. Tanaya thanks her parents for imparting not bookish education in her but instead giving her moral education. She thinks that her parents instilled in her the quintessence of education. She finds in her parents a mentor, a guide and a hero.

Tanaya is deeply concerned about the contemporary situation of the country as she thinks of herself as not only a good citizen but also a strong believer in humanity. She feels that something must be done and wishes to use the legal acumen she would acquire as a lawyer in the benefit of people at large. Her life has become a struggle for justice and a fight against oppression. Much needs to be done and the path would be long but Tanaya always feels optimistic about humanity’s future.